Enter your information in the following table:

Check with your cloud service provider (CSP) or Panzura support for connectivity requirements that are specific to your CSP.

The following ports must be opened for cloud access:

Setting Up Your node

To install the CMA attachment brackets:

To connect your node to a power source:

For proper safety and performance, the power cord must be rated at least 10A and conform to grounded electrical standards in the country where the product is operated.

If you are using an expansion shelf, power the shelf before powering the node. When powering down, power down the node first.

To attach the network cables:

In this mode, the node is connected to the network through a single interface. The node is not directly in the traffic path between the internal and external networks.

In this mode, the node is connected to the network by the LAN1 (GB1) and WAN1 (GB2) interfaces. 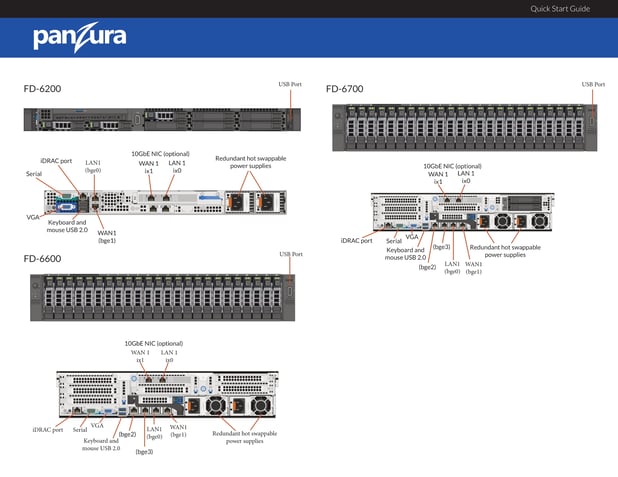